By The Ladies Cue
Our Lifestyle Community

If you have never heard of Moutai, you soon will. Moutai Workshop is designed for you to understand Moutai more! This baijiu is a pivotal drink in its native land. Kweichow Moutai sells high-end baijiu, a distilled Chinese liquor spirit made in the town of Moutai in China’s Guizhou province. Moutai‘s outstanding flavor has made it one of China’s most popular liquor brands! Every year, the demand for Moutai exceeds the supply, making each bottle in the market limited. Did you know that Moutai is not just a product for consumption, but also for collection? In 2017, Moutai overtook Diageo (Johnnie Walker, Smirnoff, Baileys and etc.) to become the world’s most valuable liquor company by market cap.

It is commonly served at lavish state banquets or presented as a diplomatic gift to government officials. Practically everyone drinks this in large-scale events and it can be seen as a status symbol in China’s culture!

A Singapore submarine engineer turned chef, Benson started his steep ascend from Hawker Center celebrity to award-winning modernist chef. Chef Beonson is a guest judge for Mediacorp Cooking Games, and has been featured in multiple media (Channel 8, Makansutra, etc). He was also nominated as Head Chef for Nam Nam in Denmark (under the Noma group, which is the world’s #1 restaurant).

He understands the low acceptance of Moutai here in Singapore as well as in South East Asia. Therefore, with his experiences in the culinary industry, he fuses Moutai with food, and cocktails!

Make Your Own Moutai Cocktail

During the workshop, Chef Benson also served his newly created Moutai White and Black Beer that was co-created with Sun Brewery. This will be launched to the public really soon! The taste of beer was light but the alcohol content is 8%! Ladies wanted to buy back home for their partners instantly!

Eatable Singapore specialises in the ketogenic and low-carb way of cooking that is borderless & cross-culture. The brand uses only compliant nutrient-dense fresh ingredients with as little process ingredient used as possible.

The history of Moutai goes way back to the Qing Dynasty in the 17th century when they discovered a unique method to make baijiu. The People’s Liberation Army forces then partook in it when they camped at Moutai during the Chinese Civil War. After the victory in the war, the government then consolidated all the local distilleries into one state-owned company called Kweichow Moutai. That is how the origins of Kweichow Moutai came about.

In 1949, Moutai was served at the founding of the People’s Republic of China and it was subsequently named a “national liquor” in 1951. Ever since then, Moutai became the drink of diplomacy for greeting foreign dignitaries.

Join the next workshop on 30 April 2021, Friday, 7pm to 9pm! To register, head over to www.tinyurl.com/MoutaiWorkshop30April2021 now! As slots are limited, do note that reservations are made on a first come first serve basis!
Previous articleWelcome Spring With BreadTalk’s Delectable Shades Of Pink!
Next articleGood Sleep, Good Poop: FRISO x Maison Q 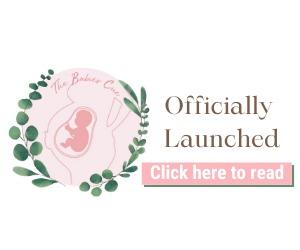